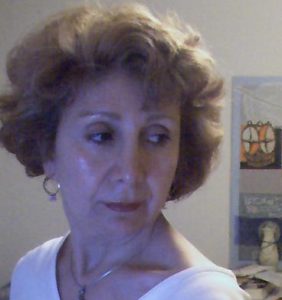 Sudi Sharafshahi is a painter, sculptor and cartoonist who has lived in New York City since 1975. She graduated with a B.F.A. in painting from the faculty of art at Tehran University in 1970. She received an M.F.A in sculpture and graphics from the Royal Academy of The Hague, Holland, in 1974, with a scholarship from Dutch government.

Sudi has had a number of solo shows and has been part of a number of group shows in museums and biennials in Europe, Iran, Japan, South America and the United States. Her work is part of the permanent collection of the modern art museum of The Hague, Holland. She can be reached at [email protected]